When The Doctor Says, “Alzheimer’s”: Your Caregiver’s Guide to Alzheimer’s & Dementia

Although one in ten Americans over 65 and half of those over 80 has Alzheimer’s, it’s one of the most hidden, misunderstood diseases ever known. Because patients appear normal, few believe anything is wrong. Cognitive tests can’t show the full extent of its devastation on victims and families-and it is a family disease-everyone is affected.

It doesn’t happen overnight, it sneaks in over years-decades; denial, blame and conflicts arise, few know what to do. What caused it? Will I get it? He keeps falling. He’s violent! Why isn’t there a cure? The doctor doesn’t understand. What’s an MRI, MMSE? I feel so guilty.

Not every anguished question has an answer, but many of them do, and learning how to best deal with much of it is found in this Revised Edition of “When the Doctor Says, ‘Alzheimer’s’ Your Caregiver’s Guide to Alzheimer’s & Dementia” It’s an indispensible book written by a hands-on caregiver with ten years of personal experience and endless research caring for her husband with Alzheimer’s and contains some of the best first-hand advice you’ll ever receive.

Caring for someone with Alzheimer’s is uniquely different from other medical conditions. In time, the patient is unable to help in his own care, even to follow such simple instructions as ‘stand up’ or ‘sit down’ creating a difficult situation for everyone. Perhaps you think when someone forgets, you just remind them; no one forgets their own children, how to eat, dress and use the bathroom! But they do! In this book, you’ll learn things you need to know that will seem counterintuitive and require changes in your normal responses.

You will come to understand the basics of the illness, why such bizarre things happen, and how to react to unexpected and on-going problems without making things worse.

Remembering the Music, Forgetting the Words: Travels with Mom in the Land of Dementia

The Emotional Survival Guide for Caregivers: Looking After Yourself and Your Family While Helping an Aging Parent Touch the Spirit: Connecting to the Inner World of Dementia (Paperback)

Dementia – Support for Family and Friends

Did I Make Par? 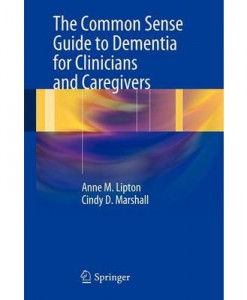 The Common Sense Guide to Dementia For Clinicians and Caregivers 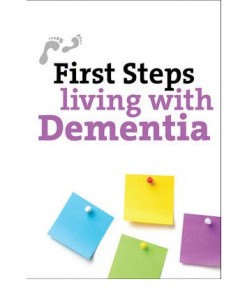 First Steps to Living with Dementia