An audio CD specially recorded for those who may not have access to a piano, this Sing Along CD features 20 of the songs from the Song Book.

•  Each song has a few introductory melodies to reacquaint the group with the tune.
•  Songs include: ‘I’m Henry the Eighth I am’, ‘Let’s all go down the strand’, ‘I love a lassie’, ‘Roll out the barrel’, ‘Lilli Marlene’, We’ll meet again’, ‘Auld Lang Syne’, ‘Cockels & Mussels’, ‘My Bonnie is over the ocean’.

This Song Book and Sing Along CD (sold separately) will be most enjoyed by people in the early stage of dementia, however people in the moderate to late stages of dementia will enjoy the interaction and singing of the activity.  Everyone has memories connected to a favourite song or songs.  Some memories might transport us back to childhood, some may take us to a different time or place and some will just brighten our day, relax and stimulate us.  Even in later stages of dementia, the person can still enjoy familiar songs, and certain music can often trigger memories and emotions.  People in later stages of dementia often remember the lyrics of songs that they may not have heard for years. A person with dementia who is unable to string a sentence together, and stumbles to find the right words to communicate, might sing along to a familiar old song without hesitation. Dementia Essentials: How to Guide a Loved One Through Alzheimer’s or Dementia and Provide the Best Care (Paperback) Remembering the Music, Forgetting the Words: Travels with Mom in the Land of Dementia Bathing without a Battle: Person-directed Care of Individuals with Dementia Did I Make Par? The Complete Guide to Alzheimer’s-Proofing Your Home Can I Tell You About Dementia?: A Guide for Family, Friends and Carers Stages of Senior Care: Your Step-by-Step Guide to Making the Best Decisions The Real Alzheimer’s: A Guide for Caregivers That Tells It Like It Is 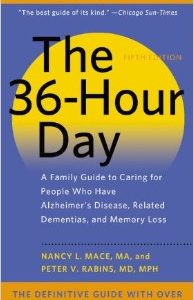