It Only Looks Easy

Kat Randall’s seventh-grade year is nearly ruined on the first day when her beloved dog, Cheddar, is run over by a woman with Alzheimer’s. Kat reacts impulsively, leaving school on a “borrowed” bike.

“In books, when you read something like, “everything is great,” you just know that something terrible is about to happen. But in real life, you can miss the warnings. And then, “wham,” “slam,” sneak attack. Everything skids out of control.” Before the first day of seventh grade is over, Kat Randall’s year is nearly ruined.

When her beloved dog, Cheddar, is run over by a woman with Alzheimer’s disease, Kat reacts impulsively, leaving school on a “borrowed” bike to get to the vet. Then the bike gets stolen. Kat often does the wrong thing for the right reason, but now she has gone from being a person you can count on to someone you probably shouldn’t. Suddenly she is looked at differently by everyone at school–even the police are keeping an eye on her.

If “one of the best years” of her life starts out like this, what’s next? The Graduation of Jake Moon

Horse Whispers in the Air Why Did Grandma Put Her Underwear in the Refrigerator?: An Explanation of Alzheimer’s Disease for Children (Paperback)

Always My Grandpa: A Story for Children About Alzheimer’s Disease 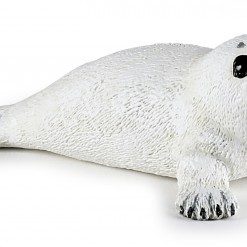